Same day delivery in Karachi for most items, if order placed before 10 AM. 3-4 Working days for other cities Dismiss

If the computer were invented today, what would it look like? It would be powerful enough for any task. So mobile you could take it everywhere. And so intuitive you could use it any way you wanted — with touch, a keyboard, or even a pencil.1 In other words, it wouldn’t really be a “computer.” It would be the new iPad.

Power for what you do today. And what you’ll discover tomorrow.

A10 Fusion chip. Engineered for performance.

It multitasks easily. So you can, too.

iPad packs enough power to use multiple apps all at once. Work on your business plan while doing research on the web while making a FaceTime call to a colleague at the same time. It’s even easier than it sounds.

Froggipedia
View the anatomy of a frog in AR.

The most immersive way to experience augmented reality.

Augmented reality (AR) is a new technology that pings virtual objects into the real world. And every aspect of  iPad — from the display to the processing power to the cameras to the motion sensors — is designed to make AR apps more magical than ever before. Augmented reality apps fundamentally change what you’re capable of. Learn something new whether you’re inside or outside a classroom. Solve everyday problems. Immerse yourself in entertainment and games. With iPad and AR, the possibilities are endless.

So versatile, it’s your notepad, camera, and everything in between.

Apple Pencil.
Dream it up. Jot it down.

iPad has always been a great way to get what’s in your mind down on the page. And now you have a new way to do it. Write notes, paint a watercolor, or sign a lease. With Apple Pencil, you’ll do it all with pixel-perfect precision and responsiveness. Use it as naturally as you would a pencil, while doing a whole lot more than you would with one.

Two great cameras that do more than take great photos.

Connect and compose with any Bluetooth keyboard.

Need to sit down and hammer out a research paper, email, or your blockbuster screenplay? iPad has an intuitive onscreen keyboard, but it’s also compatible with all kinds of Bluetooth keyboards.

Cut a track with GarageBand, make a compelling presentation with Keynote, or shoot and edit a short film with iMovie. iPad comes with a collection of apps from Apple so you can start creating right out of the box.

With over a million apps for iPad, iPad can do countless things.

Every one of the 1.3 million iPad apps has been designed specifically for the large iPad display. There are apps for anything you want to do — photography, drawing, or just getting some work done. And finding your new favorite apps is as easy as visiting the App Store, where our editors are always curating the best of what’s new and noteworthy.

Built to go wherever your ideas take you.

At just one pound and 7.5 mm thin, iPad is a peeze to take wherever you go. It’s built to be durable, so you have peace of mind knowing you can take it anywhere. And it’s just as beautiful as it is portable — available in silver, space gray, and a new gold.

iPad is designed to stay connected wherever you go. Fast 802.11ac Wi-Fi delivers up to 866-Mbps throughput. The Wi-Fi + Cellular model supports LTE networks worldwide for convenient connectivity. And Apple SIM lets you easily connect to wireless networks in over 180 countries and regions, right from your device. So you’re always free to catch up on your favorite show during your commute, send an email on the fly, or post vacation photos during your trip.

10 hours of battery life on a single charge.

With all-day battery life, iPad gives you more time to surf, write, draw, work, shop, and whatever else you need to do between charges.

Keep all your stuff safe, organized, and always with you.

iCloud keeps things like your photos, files, and notes safe and conveniently available on all your devices. And the Files app puts all your files of any type in one place, including those you store with cloud services like Google Drive, OneDrive, and Box.

iPad is designed so that using it feels like second nature, even if you never have before. Multi-Touch gestures let you do things like powse photos, edit documents, and organize your files simply by touching the beautiful 9.7-inch Retina display.

Dock. Get to your favorite apps fast.

With iOS 11, the new Dock is just a swipe away. So it’s easy to get to an app from another app without having to go back to the Home screen. Add your favorite apps to the Dock. Or multitask in a flash by opening apps directly from it.

Drag from here. Drop to there.

Designed specifically for Multi-Touch, drag and drop makes it easy to move text, images, and files between apps just by touching them. Make your document more engaging by dropping in a photo. Or simply add an attachment to your email. You can even select multiple items to move with a few taps of a finger.

Procreate
Sketch, paint, and illustrate, anywhere you are.

Retina display.As beautiful as it is functional.

The 9.7-inch Retina display is an immersive way to experience all the things you can do with iPad. Whether you’re writing a business plan or painting a masterpiece, the spacious display offers a vividness and clarity that’s so stunning you can’t help but touch it. Which is exactly the point.

Touch ID makes unlocking your iPad simple and secure. Just place your fingertip on the Touch ID sensor and you’re good to go.

Designed with everyone in mind.

The most powerful technology is technology that everyone can use. That’s why iPad comes with many assistive features for vision, hearing, motor skills, learning, and literacy. Navigate your iPad without having to touch the screen. Customize display colors to aid visibility.Or have the content on the screen read  aloud to you. 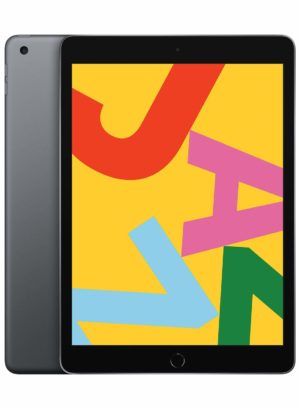 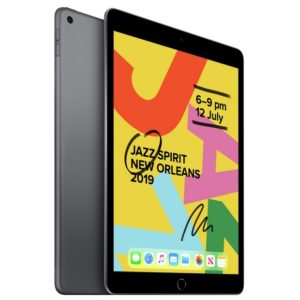